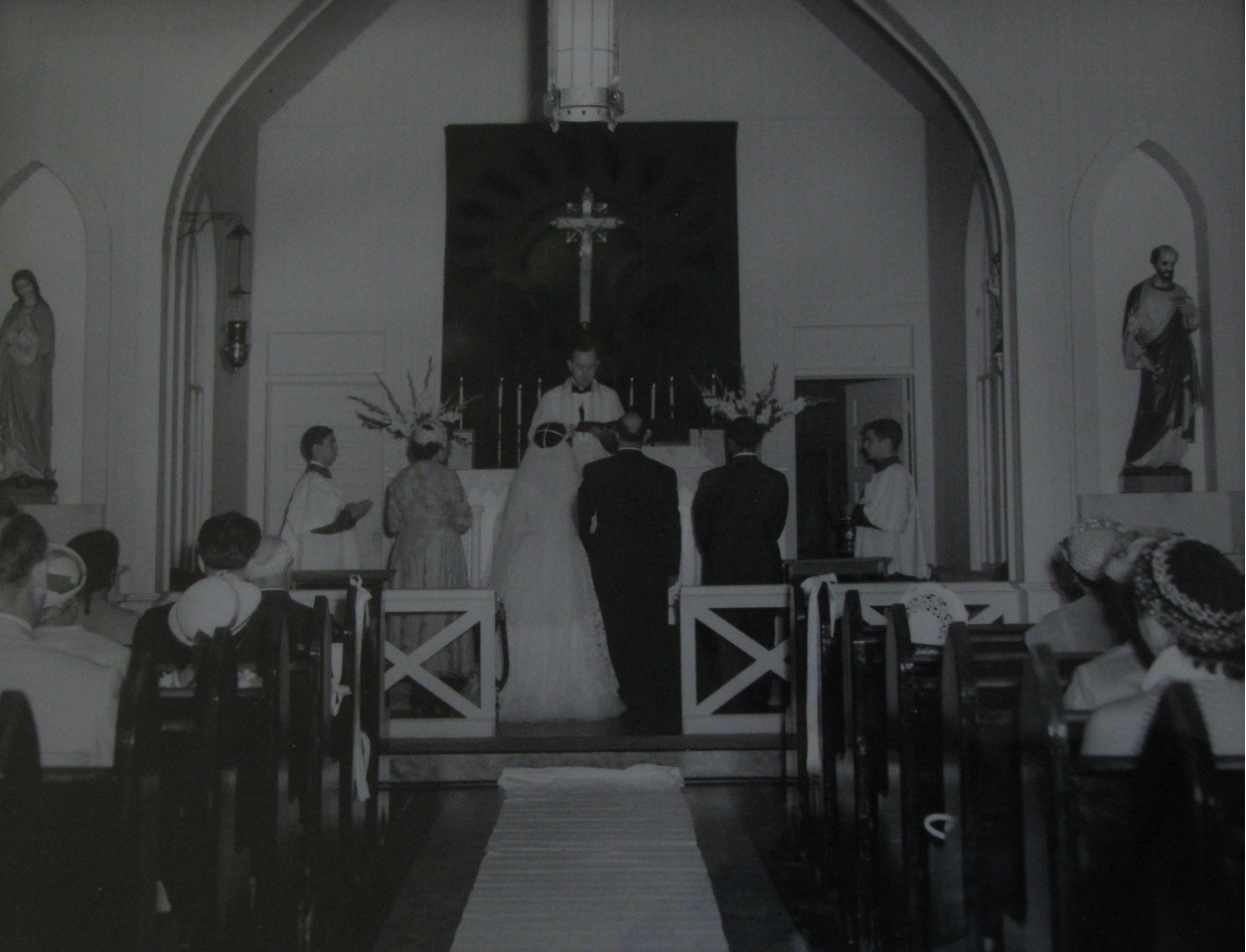 The first record of Catholic worship in Laurinburg dates back before the turn of the century to Captin James Maglenn, a railroad superintendent, who arranged for the celebration of Mass for some 20 Catholic families.

When the railroad yards shifted from Laurinburg to Hamlet, many of these families moved away, including the Maglenns.

From 1905-1915 Mass was offered in the homes of Saad Sasseen and Frank McCormick by priests out of Fayetteville and Pinehurst. Old St. Mary Church property at Caledonia Road was acquired in 1915. The Church was dedicated seven months later.

In 1917 Father Paul Termer became the first resident pastor in hamlet with Laurinburg as a mission.

The present site of St. Mary Church on South Main Street was purchased in 1945 from Mr. John F. McNair. Father Michael Carey was installed as the first resident pastor. The rectory was donated by Mr. L. A. Tatum.

Father James Noonan became pastor from 1948-1958. A building fund was set up and plans for a church were made.

Father John L. Richardson (1958-1963) was pastor during the construction of St. Margaret's Hall, the present site of St. Mary. The structure was dedicated October 18, 1959.

Recent events included a successful building campaign (February, 1980), the complete renovation of the sanctuary and the addition of the fellowship hall (November 1, 1980), the church dedication (January 13, 1981) and the sale of the Rectory on South Calendonia Road. The new Rectory adjacent to the Church was completed in March, 1982.

The Church has witnessed a continued growth in membership, with the influx of new industry and new families. Our present membership is over 300.